Running for Matty and Kayla

For those of you who don't know me, I'm Dan O'Brien and I'm a solution architect here at USALLIANCE.

This is my third year running the Boston Marathon. It’s also my third year running on behalf of the organization Credit Union Kids at Heart, which works with Boston Children’s Hospital to fund research on pediatric illnesses. This year we’re supporting research on Moyamoya disease, Sturge-Weber syndrome, pediatric brain cancer, and Cerebral Palsy.

Each day I get up motivated to train and raise money for this great cause. And I’m not alone—Credit Union Kids at Heart always partners marathoners with patients at Boston Children’s Hospital. This year, I’ve been partnered with sibling pair Matty and Kayla. 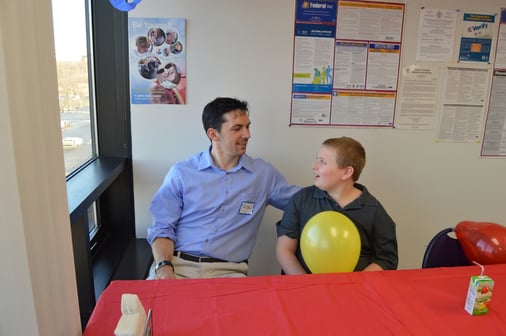 Dan hanging out with Matty

This is my second year partnering with Matty and first year partnering with Kayla. Matty is an extremely sociable 12-year-old boy who has autism. I first met him at a 5k race and he asked me every question he could think of. He is not a first-time patient partner—when he first learned about the program he joined immediately and could hardly wait to help out. 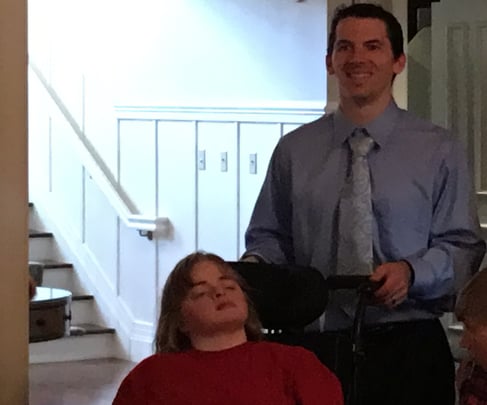 Dan and Kayla pose for a photo

Kayla has also been a patient partner since she was 6 years old. Her long medical history dates back to when she was an infant with heart murmurs. It wasn’t until three years later that doctors finally diagnosed her mitochondrial encephalmyopathy. This explained Kayla’s heart and brain defects. Since then, Kayla’s experienced many ups and downs, but has defied all odds and graduated high school. Running this year’s marathon will be easier knowing Matty and Kayla are on my side and I’m so grateful to be running for such great kids.

You can help this cause by donating to Credit Union Kids at Heart.

Every bit counts in the fight to end these pediatric diseases and support kids like Matty and Kayla.